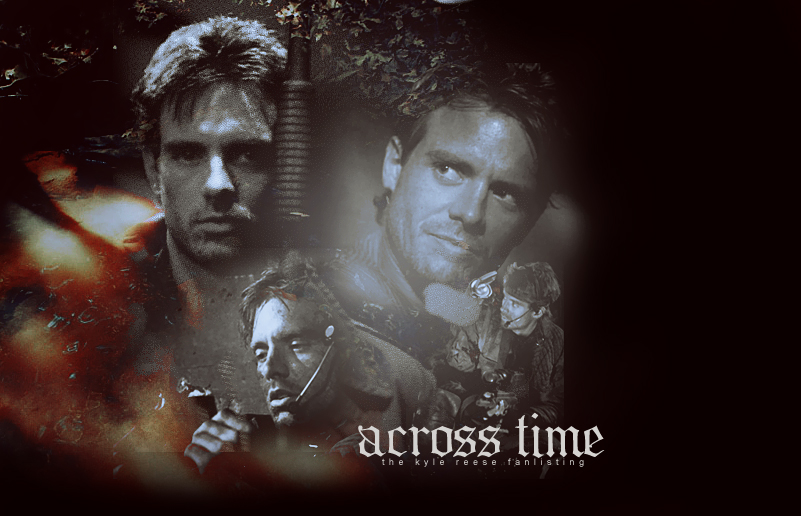 Kyle Reese is a soldier from the year 2029 where he leads attacks against machine forces that seek to eradicate man from the Earth.

Kyle volunteers for a mission in the past to protect Sarah Connor from a Terminator attack aimed at wiping her out which would have prevented John Connor, the future leader of humanity's resistance, ever being born.

A brilliant flash of light and an ear-splitting explosion mark the arrival of the "Terminator" - a cyborg sent from the future on a deadly mission.

His task is to kill Sarah Connor, a young woman whose life will have great significance in decades to come.

The Terminator becomes more and more terrifying as he cuts a swath of destruction in his search for Sarah. He is the thing that won't die in the nightmare that won't end..

A fanlisting is a place for all fans of a particular show, movie, actor/actress, singer, etc. to come together and build the biggest listing of people from all around the world who are fans of that subject. Want to know more?? Visit thefanlistings.org